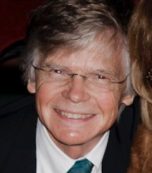 A graduate of Carnegie Mellon University with a Bachelor of Architecture degree in 1966, Mr. Guernsey works from his home after retiring from Guernsey Tingle Architects after 17 years, where he was a founding principal and helped grow the successful Williamsburg, Va., firm to include more than 15 professional architects, designers and supporting staff members. He has focused his entire career on housing: home remodeling and new small and large homes.

Energy efficiency has been a hallmark of many Guernsey designs and continues to play a central role in his work today.  Among his recent projects is the Krupicka House in Alexandria, Va., a home for a family of four designed with an eye to energy savings and environmental sustainability, which was featured as part of HGTV’s Earth Day programming in 2008. The Franck Home in Williamsburg, Va., a net-zero solar home, was part of the 2010 Hampton Roads Solar Tour.

Among Mr. Guernsey’s personal honors are an AIA design award for the English residence in York County, Virginia. His own home of 840 sq. ft. in Vermont was featured in a photo article in Better Homes and Gardens magazine and subsequent plans editions. His designs of the Seasons Trace Information Center, the Stuart Williams residence, the R. B. McAdam residence and the Unitarian Fellowship of the Peninsula have been published in Virginia Record magazine. Numerous projects have appeared in Better Homes and Gardens’ Home Plan Ideas and Building Ideas magazines. His soaring Galano residence was featured in October 1992 issue of The Mid-Atlantic Country magazine.  Mr. Guernsey’s present craftsman-style home, transformed from a brick rancher, was featured in Better Homes and Gardens’ September 1998 issue, titled “Location, Location, Location.” His Little Residence was published inInform magazine in 2002.

Mr. Guernsey directed the publishing of “Architects’ Affordable Home Plans” by Guernsey-Tingle Architects in 1984, a compendium of 28 small home plans available for purchase, which won an American Institute of Architects, Hampton Roads Chapter design award in 1985.

Mr. Guernsey is a past board member for Housing Partnerships, Inc. in Williamsburg and of the American Institute of Architects Hampton Roads Chapter. He currently serves on the board of the Friends of Green Spring. He has written newspaper columns on residential issues for the Williamsburg Advantage, The Virginian Pilot of Norfolk, and the Daily Press of the Peninsula.  He chaired the housing committee of the Workforce Development Project of the Greater Williamsburg Chamber and Tourism Alliance in 2007 producing a 22-page report proposing techniques for more inclusion of workforce housing in the area.  From 2014-16 he chaired the Design/Build Team for Building our Future of the Williamburg Unitarian Universalists’ building expansion.

Mr. Guernsey has practiced in Vermont, New Hampshire and North Carolina and Virginia, where he has remained since 1977.